I was surprised to “hear” that Invisible Man was banned because it had “…no literary value.” The article in the Christian Science monitor attributes that view to only one member of the Randolph County school board in North Carolina, who actually says that he himself did not find literary value in that book. It brings home to me that it’s not North Carolina, Randolph County, or their people that are banning books, but specific people who use their positions of power to impose their tastes on a community.

To Kill a Mockingbird is my favorite book and it has been banned many times in many places. Atticus Finch has the kind of integrity and character that I strive to imitate. Had I not read this book when I was younger, I would not try to be a better human being than I am.

When reading the top ten most challenged books of 2012, I was surprised to see Dav Pilkey’s Captain Underpants series in the top slot.  My next thought was “Why I am surprised, the series is called Captain Underpants, of course it is going to offend?!”  It is obvious to me that Dav Pilkey remembers not only what it is like to be young, but the humor that appeals to young boys especially.  I remember desperately searching for any book that would grab and hold my young son’s attention.  I found my answer in the silly, potty-humor adventures of underdogs George and Harold as they battled the evil force of adult authority.  The very things that make this book a target for challenges are the same qualities that engaged my young son.  Suddenly he recognized the entertainment value books could offer.  He looked forward to the next book in the series as we branched out to Pilkey’s Dragon and Dumb Bunny series.  Although many years have passed since we sat on the couch and laughed our way through these outrageously silly adventures, I will always remember that this series was the key that opened the door to the world of books for my son.  As parents we may be tempted to steer our children into what we deem to be a more proper reading direction, but the cost of our insistence may be alienation.  Allowing our children the freedom to read and be read to purely for entertainment, to laugh at the silly, introduces them to the world of reading in a most welcoming manner.  I will always prefer the sound of a child’s belly laugh when reading something silly over the silence of a book that sits on the shelf unread.

And Tango Makes Three is one of my favorite banned books.  It is based on a true story of 2 male penguins at the Central Park Zoo in NYC,  who raise an egg together.  It provides a great example for kids about families which come in all variations.  Based on an actual event, it allows the reader to explore his/her own observations about how adults take care of their young. An especially important message of tolerance can only be a positive in a world much to ready to judge and hate on sight.

While it is not my favorite banned book, one of the top 100 banned books really jumped out at me as one of the most memorable: Bridge to Terabithia.  There are many reasons why Bridge to Terabithia is challenged, but one of them is that death is central to the plot.   I read Bridge to Terabithia when I was around 9 or 10 and I remember being horrified.  I remember liking it, liking it, and then – BAM! Death!  I was shocked – books were supposed to be happy!  But after I finished, I read it again.  Over the years, I read that book many more times, even though it always upset me.  Now that I’m older, I recognize the allure: kids need the option to read books that are scary, or sad.  Life can be scary.  Life can be sad.  But in a book, that scary or sad (or both) is contained.  It’s a safe space to explore those feelings, without actually having to experience a traumatic event.  And when a traumatic event does come along, that story is still there to provide comfort, to assure you that you are not alone. All this week we will be celebrating Banned Books week here at the library. There will be a special display at the library, a dedicated pinterest board (join us here) and TPL staff will share some of their favorite banned books here on the blog. Do you have a favorite banned or challenged book? Let us know here in the comments, or on facebook or twitter. Here’s some links with more information about Banned Book Week:

This past Saturday, Bernardo and I spent more time trying to distinguish between American and Oriental Bittersweet than actually ridding the garden of it.  Needless to say, we left most of it in place but pulled some down off of of a small tree to prevent any future harm, and to provide an up-close photo for you viewers to help us identify. Oriental Bittersweet (Celastrus orbiculatus) is an aggressive and invasive climbing deciduous woody vine.  The leaves are difficult to identify because they are extremely variable, so should not be relied upon for identification.  The leaves can be round to oblong in shape and appear as alternate, simple with bluntly toothed margins.  Oriental Bittersweet propagates by seed and produces greenish white flowers in the spring. In the autumn, red berries are enclosed in yellow capsules.  Oriental Bittersweet grows in thickets and can strangle trees and shrubs by entangling their stems.

HORSEWEED
I spent a little over an hour on Saturday pulling just one type of weed from the birdsong garden.  The weather was beautiful and there was a pleasant wind which made weeding less a chore.  This is a common weed known as Horseweed and can grow in almost any area of your garden. The weed can grow as tall as 2 meters, well taller than myself, and reproduces by seed.  The seeds germinate in late summer or early spring. 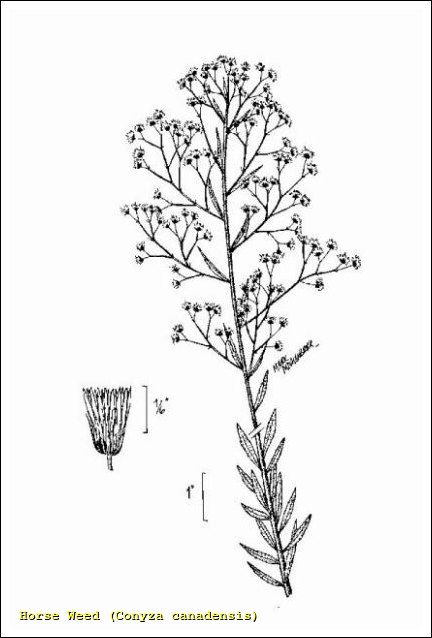 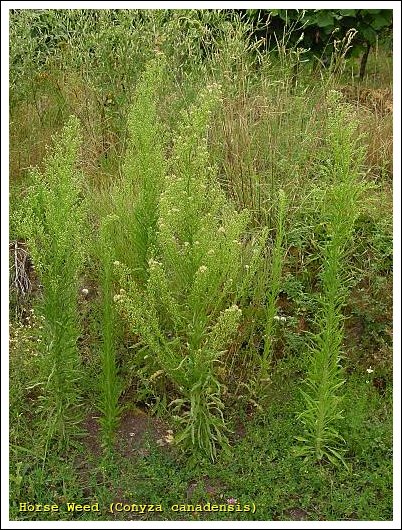 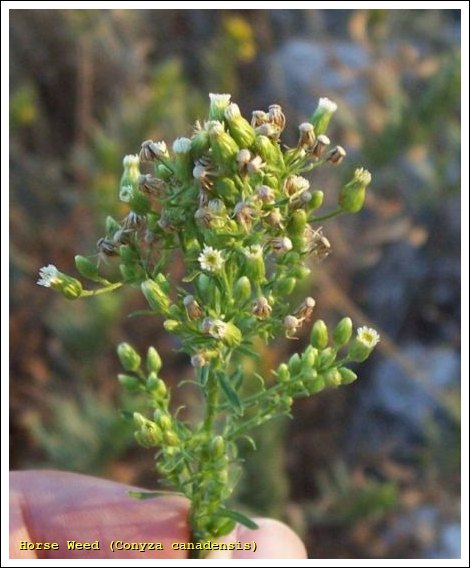 The good thing about these weeds is that they have extremely shallow root systems
and you can pull them out quite easily.
Below, find additional photos of the Garden

Are you a senior living in Topsham? Here are some online resources that could be helpful to you.

We had a great time this weekend at our annual Murder Mystery Dinner. A glamorous group from the 1920’s landed in a modern day In typical English style, we ate roast beef and drank tea, before voting for the best costume and unveiling the murderer. The award for best costume was awarded to Grace Anderson (for the second year running!) as Rudolph Valentino with the runner-up awarded to Beverly Fox Martin as W.C. Fields. So whodunnit? Mae West (as played by Marjorie Whipple) in the bathroom with the rubber duckie! A great time was had by all, and we can’t wait to do it again next year. As with all programs at TPL, the dinner was free and open to the public. Many thanks to the Friends of the Topsham Public Library, who raise funds so that programs like this are possible. Sounds like your cup of tea? Be sure to sign up next year!

More photos can be seen on our Facebook: https://www.facebook.com/pages/Topsham-Public-Library/215631671809. If you were a guest at the dinner and took some photos, please share them with us! Email emma@topshamlibrary.org.